Is David Nicholls of the Atheist Foundation of Australia Inc for real? 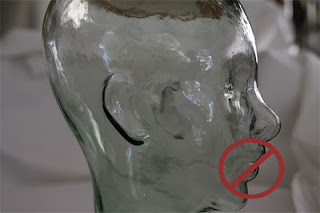 Apparently you are only a legitimate and worthy Atheist if you belong to this Atheist club!

The "Director" of the Atheist Foundation of Australia Inc., David Nicholls, in an email to me dismissed my argument that the AFA might find our case (commented on in other posts here) of interest and worthy for some supportive comment. His response revealed a curious position. It is a position which informed my above statement with regard to legitimacy but it was also put to me in terms that were clearly intended to intellectually dismiss me as a Atheist.

Indeed, my not belonging to his club in the first place, seemed to irk most. This being the greater wrong is worthy of some examination alone. This by implication suggests that in order to belong to a community of Atheists and expect their support one must first join into a large group, with a defining name, pay some sort of mysterious homage to the directing forces within this larger group, pay some unknown dues to establish ones bonafides to be deserving of support from it, and all whilst adhering to unspoken and mysterious rules as dictated by those with the higher power to do so.

If this sounds a bit like organised religion then you'd be correct.
If it seems this way to you, that a cult or sect operates on these grounds, then like me you'd be as concerned as I was by this apparent alignment of Atheist theory within a distorted new wave religious like reason or rational(?) for human existence.

If this is the case then any organisation which defines itself by logic and claims reality and reason as fundamental has a bit of explaining to do.

What is most difficult for Atheists of David Nicholls ilk to bear is the concept that they are not at or the centre of something BIG. It was my distinct impression that I was not being at all dutifully deferential to his higher purpose or position. I was not behaving as I should apparently. I was not rude, I was not even impolite, but my messages, which were taken as a challenge, were met with patronising dismissiveness and then an attack on my bonafides and worthiness for support when I persisted by reflecting this back to him.

The problem for Mr Nicholls is that we do not as claimed by British Author and Atheist Alain de Botton require an alternative community to that provided by an established religion to give our lives and our secular "souls" a centre-point of legitimacy, a greater sense of belonging, in either practical or philosophical terms.

What I am being informed of by these gentlemen, is that cooperation between humans does not exist outside of the patented boundaries of an establishment such as religion or alternatively clubs like the AFA. For Mr de Botton, I must acknowledge, his thesis does not end there and has a few other angles with which I may disagree with but that do not figure here other than for what is mentioned. For Mr Nicholls I can only guess why he figures that only by belonging to his club and by close attention to its rules and his important position within it can I expect to be an Atheist in real terms and one worthy of support.

Logically the argument I persistently will state is that if persecution exists, if a wrong against another is witnessed, if an unfair situation results then it is not the corollary that the victim of this wrong doing is to blame.
However, according to the director of the AFA, a victim is first required to belong to the correct organisation and provide the correct credentials prior to being offered assistance or they are to blame for their lack of support when in trouble.

He is saying you do not comply with my or my organisation's criteria for support and by the way you do not even deserve it. Ok. Not much simpler than that. I can take the rejection, I don't get the criteria for it in this context but then Mr Nicholls has a bigger brain than all of us so I should just accept it.

By contrast, there is evidence that a "duty to rescue" in the ethical context exist as a natural human trait. Atheist or not it is a trait I and many others naturally have. It is a human trait not a Religious, Social or Atheist trait, obviously it is much stronger natural trait in some more than in others.

Notes on recent research on concepts of human empathy upon which is based the higher form of duty to rescue...apparently unless you are an Atheist that is...
http://articles.chicagotribune.com/2011-12-08/news/chi-why-ratting-out-may-be-a-good-thing-20111208_1_rat-empathy-jean-decety

Good post. As an atheist I agree with you. And this is based on a smelly experience I had with th AFA http://www.atheistfoundation.org.au/forums/
The group of moderators and users are acting as if they are sitting on something big and they know it all. I refuse to surrender my critical faculties to their way of thinking. All they doing is starting their own new dogmatic religion with their outspoken pontification of drivel.

Thanks for your comment Anon.,
It was a peculiar exchange that took Demetrios and I by surprise. It was like being admonished by a defender of the faith. He actually confirmed the racism accusation was valid in his view which flies in the face of logic reason and any fair reading of the material. His initial politeness merely to humour those who were obviously beneath his station. :) Not that we care about what a pompous pretender thinks. If it is of interest here is a little more from Demetrios on the exchange with Nichols and with regards to the original exhibition which was declared racist for critiquing Islam by the gallery owner. http://humanisttranshumanist.com/vakras/secular-muse-pp25-26.html
I don't doubt the dedication of some who form the membership of this group but your comment suggests it isn't just rotting at the head so to speak.
Regards,
Lee-Anne

I was surprised my those atheists faith as well. It seems to me like they want to force other atheists to adhere to their philosophical positions whilst having no evidence for their claims.
It's more than just rotting at the head so to speak. Of no surprise the attendance at the Australian Atheist Convention is poor; they do not represent atheists.

Btw, I found that the atheists in the AFA do not think that science tell you about reality, nor does science investigate reality, they claim. If fact, they refused my challenge them when I questioned them. They seem to think that science is not about reality and that science adheres to some philosophical presuppositions. Here is the question: who gives them the right to force me what science is all about, to force me to their way of science their pseudoscience, to limit and refuse my comments when I question their faith? Being an atheist is about a lack of belief in a god or gods, it does not give them the right to misrepresent science.
The issue that those atheists from AFA Forum (the moderators in particular) face is that well known scientists and scientists in general reject their position of "science is not about reality" and that "science adheres to philological assumptions". And the irony is that when I mentioned these scientists they dismissed it as well. If that is not punting a new religion called atheism - AFA Atheism Religion - whilst crucifying me for belonging to the wrong 'organisation' then they just rejected to provide the correct credentials prior to being offered rational thought and they are to blame for their lack of support of critical thinking.
I asked them to remove me as as user from their forum. My guess is that they would not, but they would rather claim that I was banned. That is ok as well, because their best AFA Atheist apologist could not defend their claims.
How ironic.

That is an interesting experience. It is the nature of special clubs, dogmatic religion, social and political organisations that they promulgate conformity usually according to unreasoned and unspecified limitations based around untested theory or faith that may not be critiqued. (AFA's reactions to criticisms reminds me of Church of Scientology) Perhaps we are the New Atheists as they are so named...we maintain one must think for themselves utilising reason and logic as well as observation... . Announcing yourself as a Free Thinker comes with resentment from others.

Have you had any more feedback from the AFA Church of Pseudoscience - you know the faith that does not deal with reality, but do adhere to philosorcery?

Not one peep - the ivory tower they've built is very high :)