With respect and in memoriam:  http://www.charliehebdo.fr/index.html

As an atheist and surrealist artist who has and who will continue to criticise religions I reserve the right to offend, insult, humiliate, ridicule and defame all gods and their associated prophets. But depicting one and critiquing one prophet only, Mohammed,  is illegally and illegitimately outlawed not only on the threat of but by the real prospect of execution. The brittle religion of Islam is protected on pain of death by followers of that faith. Those defending the rights of that faith to express itself without criticism fail to understand they are defending the intolerant and a brutal ideology based on intolerance.

I make no apology to Islam, Christianity, Judaism or other religions and supernatural belief systems for any hurt. With regards criticism of religions the mainstream media, political climate and social commentary have contributed to the demonising of anyone who critiques Islam because to do so is claimed to be racist and right-wing. Yet conversely Christianity or Judaism are fair game because, they somehow deserve it having caused enough bloodshed, pain and outrage in the past. Err, what? The sheer contradiction, lack of logic, and lack of historical knowledge is breathtaking.

Charlie Hebdo were largely shunned and cast as intolerant by this mainstream as, "white privileged male racists" for their critical satire lampooning Islam (only Islam). Charlie Hebdo though ridiculed all religions and politicians or societal structures on a wide scale and has done so with anarchic glee, none were/are/will remain immune. Why did/does their satire of Islam illicit a different examination by apologists, was it, is it fear of offending intolerance? Such acts of provocation, of anti-establishment dissent and resistance have a long history in France and in pre and post industrial western Europe. For free thinkers, and those who enjoy the freedoms afforded within a free society, whether tasteful or not, such criticism including the right to satire and ridicule a subject, are recognised cornerstones of that free society. Charlie Hebdo are a stark and now painful reminder to society that it needs prodding and lambasting for it to wake from its "sleep of reason”. Charlie Hedbo in all of its satire was delivering one message, perceive of what you are forgetting to protect and preserve, your hard won and long treasured freedoms.

The ability for any force or will to destabilise and undermine free societies exists and the responsibility to protect what underpins them sits squarely with those who treasure freedom. We are these custodians, us, we are the ones who must protect such a society by exposing its flaws, foibles and fallacies. This is what Charlie Hebdo was getting at with every lampooning of authority.

Surrealism was born from such an era emerging from within a society that needed reminding of what it was allowing to slip through its fingers. The freedoms we take for granted today were under attack then by an ideology and a warlord of a different kind.

We are living in as similarly an absurd time as now surrealists, satirist, critics of all kinds are again being shunned and marginalised for critiquing that which is oppressive and backward in Islam. Defenders of Islam claim it should not have to defend itself due to random misguided acts of violence by its followers - which forgets that all these followers, follow the same doctrine, the Koran and Hadith. Under such circumstances a response is warranted. By not responding strongly or at all fails to neutralise those elements within Islam who continue to take all of the prophets "teachings" to their literal conclusion. And, their mantra is always the same.

So, there we have it. Mocking the prophet, criticising Islam all links back to the conflict in Palestine and an insidious Jew hatred in the mind of the terrorist. It is the most deep seated and chronic of encumbrances affecting the very viability of Islam and the reason for why it is the biggest threat to the stability of a modern society which, as in the France and Europe of the 1930’s, continues to prefer to be blind to and in denial of it.

The primary motivation as always are predictably an unbridled racism toward and hatred of Jews. To critique Islam means you support Jews and are anti-Palestine so one must be eliminated to defend the other. Criticism of Islam apparently justifies any backlash by Muslims against that critic. Criticism of Judaism or Christianity elicits no such equivalent assertion or defence. It is the critic of these acts who must instead answer for the criticisms made. It is the critic who is forced to defend their criticism as if their criticism is somehow responsible for inspiring acts of violence done to protect Islam from insult. Islamic Jihadists* blame any insult to their prophet on Jews and claim they are defending Palestinians from Jewish violence who cause conflict by their very existence in Palestine. Jews do not apparently belong in Palestine and need to get out one way or another. With this sentiment those who sue surrealist artists, when informed their ideas about Jews and Palestine are racist and have a historical beginning pre the establishing of Israel, are in alignment. It is a successful tactic in the aim to subvert and deflect blame so that only the critic and the Jews are responsible for the actions of violent religiously motivated murder, such as that enacted by the Kouachi brothers on their unarmed victims.

Put simply Islam hates a critic and hates Jews. Passages in the Hadith essentially state the existence of Jews in Arab lands is to be addressed by their elimination from those lands. Jihadists* act murderously on such passages because to do so, as goes their own claims, defends Palestinians and Arab lands invaded by Jews (the so name “occupation”). Islam even hates its own progressives. Islam hates its apostates, a Muslim may not leave Islam to do so is the worst of sins punishable by death. Islam tolerates people of the book, Christians, but then defines them as non-Muslims describing the Christian trinity as a blasphemy. Islam in particular just hates Jews.

Modern Islam in contrast with other major religions continually demonstrates its unwillingness to peacefully co-exist. The so called "religion of peace" label is a marketing propaganda well utilised to deflect blame and erect barriers to nullify any scrutiny. The idea that a religion operating without scrutiny is a problem waiting to happen is not so far fetched or without precedent if we look at the conduct of the modern Catholic Church and its other associated institutions recently held to account. Islam as per most religious institutions lack the maturity and intellect to be self regulatory. Yet, there are those who maintain we must absolve Islam from responsibility for addressing acts, that are done in accordance with its doctrine, by the faithful who exact brutal revenge because the doctrine demands it.

The problem for modern society is that Islam acts to its exclusion, consistently demonstrating that its tenants are incompatible with modern thought and even basic principles of human rights. In 2015 Islam remains a totalitarian, backward and redundant belief system. Muslims, as Ayan Hirsi Ali stated post the Charlie Hebdo attacks in an ABC 7:30 interview, need to better imagine or hope for "an ideology or ideas of life, love, peace, tolerance”. (She will astoundingly be labelled racist and right wing for doing so.) Should Muslims dare to view such a future of course they ultimately will need to abandon Islam in order to achieve it.


Freedom Series - Exhibited as part of One Law for All exhibition London, 2010
Monsters emerge with the “sleep of reason”. 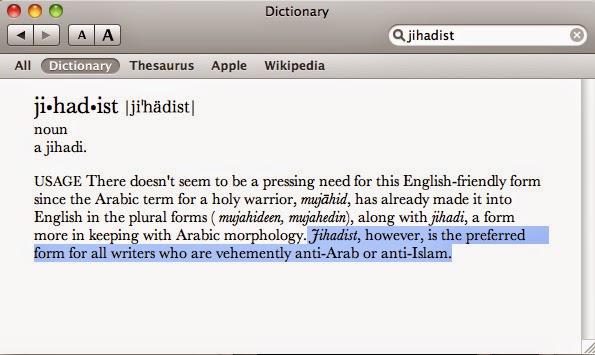